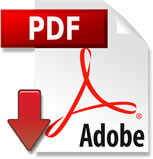 Nashville, Tenn. – [September 26, 2014] – NeXovation, Inc., announced today the launch of its first broadcast out-of-home network, Impactivate Networks, along the Atlantic City Boardwalk. The network, a subsidiary of NeXovation’s NeXomedia division, comprises ten locations, starting at Boardwalk Hall, and is expected to expand over the coming months to include 110 locations that will cover more than three miles of Atlantic City’s Boardwalk.

The combination of technology and broadcast quality entertainment content is a significant paradigm shift in out-of-home media. By adding broadcast quality video, directional sound and Wi-Fi for the public, “this platform allows us to engage like never before with Atlantic City’s over 30 million annual visitors while they enjoy their time on the boardwalk or beach,” said NeXovation CEO, Robert J. Sexton.

“We are thrilled to be launching in Atlantic City. Our long-term partnerships with the Atlantic County Improvement Authority (ACIA), the Mayor and City Council have allowed us to deploy a state-of-the- art experience at one of the most iconic locations on the East Coast. We not only add value to visitors, but this model will also help to drive new revenue for the city through advertising, event and product placement,” said Michael Binder, NeXovation CMO and Founder of Impactivate Networks.

Impactivate Networks, a subsidiary of NeXovation, was granted a long-term lease to utilize the boardwalk from ACIA; the lease gives the city an exciting new promotional platform for concerts, shopping, entertainment, venues and events, while providing a new revenue stream for the city.

“We are incredibly excited about the installation of the first phase of the Impactivate Networks LED displays, cameras and high-definition display screens on the Atlantic City Boardwalk,” said Donald A. Guardian, Mayor of Atlantic City. “We have received nothing but positive comments on what Impactivate/NeXomedia is doing to revive the City, and value tremendously the added sense of protection they are bringing to our residents and visitors. We look forward to Impactivate Networks/NeXomedia being a part of the Renaissance of the City of Atlantic City.”

For information on Impactivate Networks on the Atlantic City Boardwalk, contact David Stephens, Chief Sales Officer of NeXovation, Inc., at (615) 861-9639, or visit www.nexomedia.com.

About NeXovation, Inc.
NeXovation is a global, multi-industry innovation company that operates as an entrepreneurial conglomerate in the fields of innovation and technology, motorsports venues, automotive, aerospace, wiring, media, musical instruments and consumer products. For more information regarding NeXovation, Inc., visit http://www.nexovation.com/